In this blog I am providing answers of questions asked generally from Windows 2008 server in an interview. Have a look….

It is new installation option available in datacenter, enterprise and standard edition of windows 2008 server. It doesn’t has graphics and works only on command line.

No, we can’t change server core to full installation in windows 2008 server. This option is available in windows 2012 server.

The Dynamic Host Configuration Protocol is a network protocol that is used by network devices to configure the IP settings of another device, such as a computer, laptop or tablet. Apart from providing IP address it can provide other settings too as DNS address, default gateway address, WINS address etc.

The server on which this is configured is called DHCP server.

DORA is a process of acquiring IP address by DHCP client from DHCP server. DORA is acronym for discover, offer, request and acknowledgement.

Reservation is configured to fix an IP for a particular MAC address. This is used if we need to permanently reserve an IP to ant DHCP client.

Ipconfig /renew. To release IP we use ipconfig /release.

If we don’t want to lease particular set of IP from scope we put them in exclusion range. It is used mainly to reserve IP for the servers.

If we have 2 DHCP server in our network for redundancy, best practice is to create scope with 80% IPs on one server and remaining 20% IPs on another server. This is called 80-20 rule.

The DHCP Relay Agent component relays DHCP messages between DHCP clients and DHCP servers on different IP networks. Because DHCP is a broadcast-based protocol, by default its packets do not pass through routers as routers don’t support broadcasting. A DHCP relay agent receives any DHCP broadcasts on the subnet and forwards them to the specified IP address on a different subnet.

Domain naming system (DNS) is a name resolution protocol which does name resolution i.e. it converts name to IP and IP to name. The server which has this protocol configured on it is called DNS server.

A DNS zone is a portion of a domain name space using the Domain Name System for which administrative responsibility has been delegated. We can have one zone on multiple DNS server and single DNS server can store multiple zones.

Secondary zone is used for redundancy and load balancing.

A, NS and SOA record.

DNS servers running on domain controllers can store their zones in Active Directory. Its advantage will be that now DNS won’t need separate topology for replication and will use AD replication instead which is fast and secure. This also supports dynamic updates. This type of zone is called active directory integrated zone.

Global naming zone is a new feature of DNS server in windows 2008 which enable DNS to support NetBIOS names.

When a user logs in to the computer by supplying his username and password, the process is called authentication. Once logs in, he is assigned his permissions and rights. This process of verifying what he is authorized to do is called authorization.

Domain is a logical boundary made up of a group of clients and servers under the control of central security database. The computer which controls is called domain controller.

The schema is the Active Directory component that defines all the objects and attributes that the directory service uses to store data. The physical structure of the schema consists of the object definitions.

Tree is a collection of domain that shares contiguous namespace. For example gcs.com and buxar.gcs.com are part of same tree.

Group is of two types- security and distribution. Scopes of group are local, domain local, global and domain local.

We create group for assigning permissions collectively on number of object. If any right is assigned to a group it will be transferred to all its members.

Organizational unit (OU) is an active directory object used for managing security and delegation of administrative authority. We can link GPO to an OU.

GPO can be linked to local computer, site, domain and organization unit.

GPC is stored in AD database and GPT in sysvol.

Site is active directory object which is used for:

43. Which algorithm is used for AD replication?

Global catalog server (GCS) is the domain controller which stores partial attribute set (PAS) of every object in entire forest.

RODC is mostly in branch offices.

There are 5 operation master roles as:

Let’s consider a example. If Domain A trusts Domain B and Domain B trusts domain C then if this trust relationship will be transitive then Domain A will trust Domain C too.

If any user logs on to a trusting domain by default he can login to any computer. If we want to limit this i.e. we want that he should login only on selected computer we need to configure selective authentication.

Network Access Protection (NAP) provides components and an application programming interface (API) that helps to enforce compliance with organization’s health-requirement policies for network access or communication. NAP enables to create solutions for validating computers that connect to our networks. Computer which is compliant to the health requirement of NAP it is allowed access to the network while limiting the access or communication of noncompliant computers.

IPSec is most secure NAP enforcement method while DHCP is least secure.

Internet Protocol security (IPSec) is a framework of open standards for protecting communications over IP networks. It provides security by performing data authentication and encryption.

Connection Security Rule (CSR) is a new feature of Windows 2008 to configure IPSec for communication between computers. CSR works similar to IPSec and evaluates network traffic depending on criterion we set as allow block or negotiate security. But CSR don’t use filter and filter actions as IPSec as these are built into CSR directly. CSR, by default provides only data authentication and not encryption; however we can configure encryption too.

Windows Deployment Services is a server role which is used to rapidly and remotely deploy Windows operating systems. It is newer version of Remote Installation Services (RIS).

The failover cluster quorum determines the number of failed nodes or failed storage and network components that the cluster can sustain while continuing to function. Quorum prevents two sets of nodes from operating simultaneously as the failover cluster.

Powershell is a new feature of Windows 2008 server which

I will soon update questions from Windows 2012 server and other subjects. Till then good bye and yes if you are preparing for any interview then “Best of Luck”.

If you are helped lend your hand to others : Share it

I am Microsoft Certified Trainer ( MCT) with couple of other certifications including MCSE, MCITP and MCTS. My core technologies are Windows Servers and clients, System Center products including MECM, Intune, Systrack, Nexthink, Yellow.AI, PowerShell, Nomad, Tachyon, Shopping, SCOM, SCVMM, Hyper-V, Failover Clustering and Azure. I have done B.Tech in electronics and communication stream. I have total 15+ experience in IT field. Presently, I am working with Larsen and Toubro Infotech as Experience Architect. My job includes transition, transformation and migration activities which we perform for our esteemed clients. Often I need to provide consultancy to my clients in migration and planning projects. I am from Chousa (Buxar) which has a lot of historical significance. In my free time I love to blog and play with Shreya (my daughter) and Tiger ( my pet dog). View all posts by Vinit Pandey 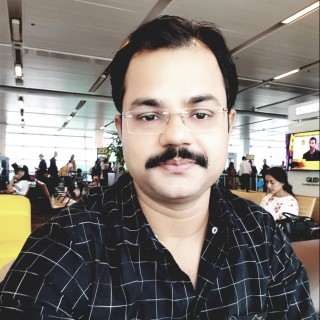 I am Microsoft Certified Trainer ( MCT) with couple of other certifications including MCSE, MCITP and MCTS. My core technologies are Windows Servers and clients, System Center products including MECM, Intune, Systrack, Nexthink, Yellow.AI, PowerShell, Nomad, Tachyon, Shopping, SCOM, SCVMM, Hyper-V, Failover Clustering and Azure. I have done B.Tech in electronics and communication stream. I have total 15+ experience in IT field. Presently, I am working with Larsen and Toubro Infotech as Experience Architect. My job includes transition, transformation and migration activities which we perform for our esteemed clients. Often I need to provide consultancy to my clients in migration and planning projects. I am from Chousa (Buxar) which has a lot of historical significance. In my free time I love to blog and play with Shreya (my daughter) and Tiger ( my pet dog).